Broiler producers know that to achieve their best profit margins, every aspect of the process from live production to processing must be optimised, but many producers find that even through careful management, condemnations cut their profits time after time. Producers and animal scientists have been seeking effective ways to combat condemned birds for decades, and HMTBa could support these reduction efforts. HMTBa (sold as Alimet feed supplement) could be an economical option for many producers to maximise their production efficiency and profitability by minimising condemnations and helping to improve liveability.

With narrow industry margins and a shift away from in-feed antibiotic use for growth promotion and disease prevention, producers are investing in greater protection from condemned birds. Total or partial carcass condemnation can cause significant economic loss across the supply chain, limiting opportunities for business expansion and growth long term. There are several general reasons for birds to be declared condemned at processing including disease, bruising, tumours, contamination and over-scalding. Among these, several are health related such as disease and tumours, and could be at least partially addressed by nutrition management. 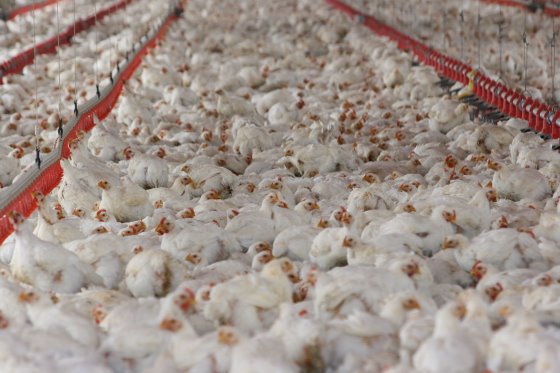 In the US broiler industry for example, septicaemia/toxaemia is one of the most common causes of condemnation and occurs when bacteria enter the bloodstream causing systemic changes within the bird. Photo: Novus International

In the US broiler industry for example, septicaemia/toxaemia is one of the most common causes of condemnation and occurs when bacteria enter the bloodstream causing systemic changes within the bird. Airsacculitis is also a leading cause of condemnation that stems from environmental stressors like improper temperatures, water management, litter management or low air quality. This disease causes virus-like symptoms and respiratory distress. Inflammatory process is another disease that can lead to condemnation. This refers to inflammation of connective tissue with severe inflammation of the dermal and subcutaneous layers of the skin due to bacterial infection. As a naturally occurring methionine precursor, HMTBa is an organic acid, making it easy to be absorbed and available for use by the animal. Because HMTBa is an organic acid with a pH of less than 1, it can lower bacteria and mould load during feed storage and support better gut health in vivo. This, in turn, helps lower the incidence of these infectious diseases, which can reduce costly condemnations.

Data from an independent industry benchmarking organisation was evaluated for differences between carcass performance and condemnations between birds fed 2 different methionine sources, DL-methionine and HMTBa. All data available to the benchmarking organisation were included, which covered 50 billion broilers from 2009 to 2015, representing the majority of broilers raised in the United States during this period. Among the 50 billion broilers raised, 38 billion were fed HMTBa supplemented diets and 12 billion were fed DL-methionine supplemented diets. While both provide methionine activity, each has a different chemical structure, which affects the end result of supplementation in performance, including effects on condemnations and liveability.

The data showed economic loss due to condemnation of approximately US$0.11 per kilogram lower for birds fed HMTBa when compared with DL-methionine supplementation (Figure 1). The economic value would be more than $3,000 per 1 million birds with an average body weight of 2.77 kg, as reported in the data. The savings is greater in heavier birds, which have been the market trend in recent years. For the 38 billion HMTBa-fed birds included in the data, this equals a savings of $115.8 million in condemnation reduction. 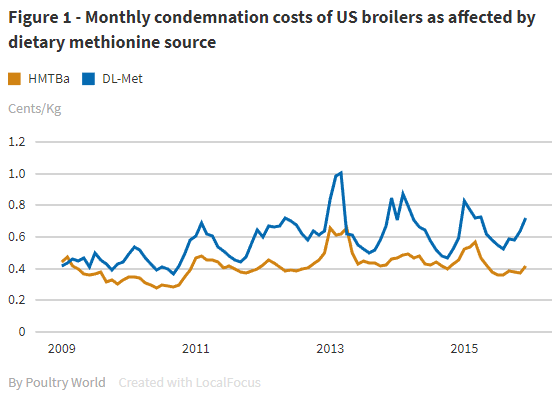 Known as the standard measure for poultry that not only indicates what percent of the flock survives, but also serves as an indicator of profitability for the producer, liveability is a key indicator of a supplement’s effectiveness. This data concluded that birds with HMTBa supplemented rations had consistently higher liveability compared to those fed DL-methionine over the course of 5 years (Figure 2). The increased liveability was worth approximately $0.06 per kilogram or $63.2 million for the 38 billion HMTBa supplemented birds, giving even greater peace of mind to the producer that his investments will reap returns. 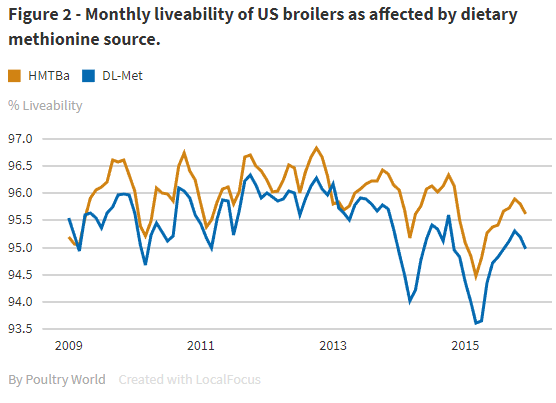 As methionine is the first limiting amino acid in poultry, birds can’t grow efficiently without adequate intake. Supplementation of synthetic DL-methionine or HMTBa has long been the most economical way to meet the bird’s methionine requirement. But now, as diseases like septicaemia, airsacculitis and inflammatory process become more difficult and costly to eradicate, producers can also look to HMTBa, provided as Alimet, for insurance against condemnation losses. With the fear of disease outbreak and widespread losses increasing in many parts of the world, utilising HMTBa to help more broilers to survive until processing on a regular basis is one aspect producers should not overlook. 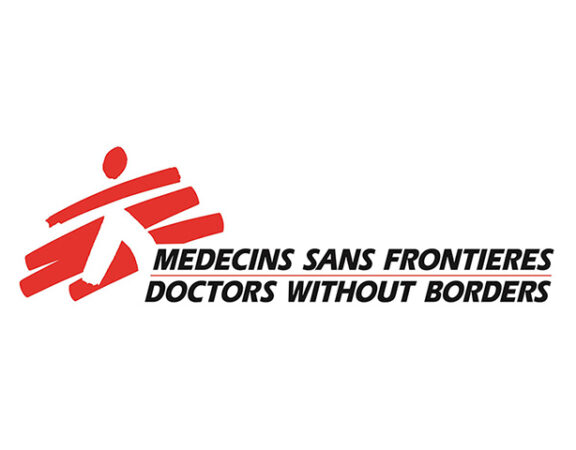 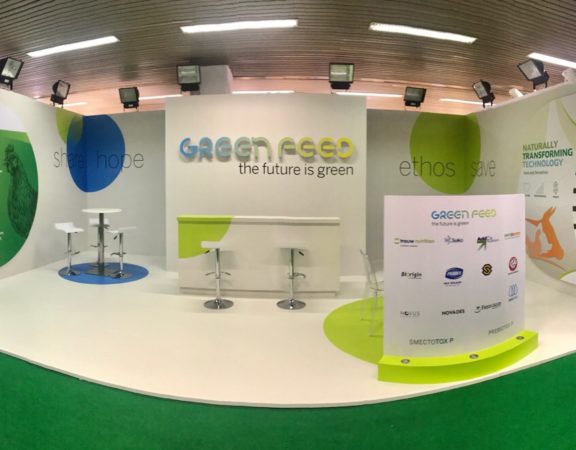